Developing student personas is a key step in planning your long-term content strategy for your college or university. But, you’ve likely noticed that one size does not fit all. There are often multiple different student personas that will apply to your institution, and even multiple personas for each different program that you offer.

Note: This article was originally published on the Pepperland Marketing Blog, and has been republished here with permission.

Here, we’ll walk through the different student personas you should be aware of, including:

As higher education changes, so are the kinds of students that are being attracted to colleges and universities. To really appeal to these kinds of students, institutions need to incorporate multiple student personas into their inbound marketing strategy.

Below are three different types of student personas that higher education marketers need to become familiar with if they are going to better market their programs and ultimately convert more prospective students into applicants.

The parent persona is quite literally based upon the parents of your prospective students. Because parents can exert a major influence on which college their child chooses to enroll in (particularly at the undergraduate level) it is important for you to understand what this persona values so that you can speak to those issues in your marketing materials.

Usually, the parent persona is driven by logic and a tactical mindset that evaluates a prospective college or university by certain key features or benefits. While a prospective student may be preoccupied by choosing a college based on the clubs or campus life, parents are increasingly driven by things like post-grad employment rates and career services.

Parents also tend to assess whether or not their child’s future major is particularly emphasized at the school of their choice. They want evidence that programs will be high caliber, and that their child will have plenty of networking opportunities.

Furthermore, they are probably considering the financial side of the decision, often with more clarity than their child might. Often, this means that parents are shopping for value alongside name recognition of the school. They want their child to attend the best possible school for the least amount of money possible.

This particular group is over 25, is either going to college for the first time or going back to school with a different career path in mind, and is definitely their own advocate in terms of career services and desired return on investment. They could have waited to pursue an education because of financial issues, family, military service, or just plain indecision.

The concerns of the non-traditional student persona are likely going to be different from those which fall in the traditional category, and to align more closely with the concerns of the parent persona. This group is thoughtful, dedicated, and typically carries at least some level of work experience. They want value and job security from the program in which they enroll.

This student has already earned their Bachelor’s degree, which they’ve leveraged to gain the job they have now. They are having serious second thoughts about their career, and have decided that they must earn another degree in order to pursue the career that they want.

Sometimes, this student wants to stay in their current industry or field, but needs advanced qualifications to earn a promotion. In this case, they are likely to solely consider a graduate degree. Other times, this student may be considering a new career altogether. In those cases, the student may be considering a new bachelor’s degree, or else is looking for a master’s degree in their chosen field that caters to students without prior experience.

In either case, the student’s journey towards pursuing a degree likely begins with them learning about job titles and career paths that seem to interest them.

Their job title search will lead them to question what combination of degrees will lead to the job that they want. This student persona is not shy about going after something specific. They’ve already paid (for or are still paying off) their first degree; if they’re going to get additional schooling, it might as well hit all aspects of what they’re searching for.

For example, a student who has achieved his or her bachelor’s degree in geography might feel as if they have hit a wall in their career. They bounced around after school unable to find the right job, and ended up taking a research position at their alma mater. Now, realizing they need some sort of specialization, this student is looking into the field of economics in hopes that they can apply a new degree to the foundation of geography that they already have to achieve their new dream job.

This journey requires a very specific marketing approach to make this persona feel that they are securely on the path to their new career in economic geography. What a second career student is likely looking for, regardless of the new degree they’re pursuing, is a smooth transition back into the professional world, alongside the ability to continue working while pursuing their degree.

Although this student falls under the category of continuing education, they are rather unlike the previous persona. They have some people in their lives who have had the college experience, while they themselves have been in the workforce for a number of years, probably working a job that they aren’t passionate about.

Having matured over time, this persona has thought seriously about postsecondary education and is doing their homework on student financing options, ROI on different degrees and programs, and are likely planning to work at least part-time while earning their degree.

According to a study by Georgetown University, there are roughly 14 million working learners in the United States. Now, a student working between 15 and 30 hours per week is considered to be the “new normal”.

This population is driven, but cautious. An example of an offer that might attract this persona would be the ability to try out classes before committing to a program and payment plan. As an enrollment marketer, you must appeal to their need for security and transparency.

Parents attending college have an incredibly unique set of obstacles and motivations. They have the foresight to see exactly how earning this degree will affect them financially, personally, socially, and otherwise.

Parents young enough to have children who will be affected by their decision to further their education are likely to be at least somewhat tech-savvy, if not very. Taking this into consideration in tandem with their desire for a flex-time school schedule makes this student persona a great candidate for online courses. Out of 14 million working learners in the U.S., approximately 24 percent have children according to Georgetown’s study.

In the modern world of higher education, which is emphasizing completion not for graduation rates but for actual acceleration in the working world, programs designed for this student persona will want to focus on retention. The learning parent persona comes with its own set of risks, and showing high rates of retention will help the student feel comfortable in their decision to pursue a degree.

Now that we’ve outlined the personas for various types of people you want to attract to your college or university, we should now consider who not to target. You may be thinking, “why wouldn’t we want someone to be attracted to our school?” There are actually plenty of reasons to exclude an identifiable population from your higher ed inbound marketing outreach.

But first, what is a negative student persona?

You want to make certain that you are attracting your ideal students—the best way to gauge this sometimes is to be sure you’re avoiding your negative persona.

Here are a few personas that you would find in the exclusionary category:

This student is applying to 5, 10, or even 15 schools and being rather impersonal in their approach to higher education. They don’t have a clue what they’re going to major in and have a lackadaisical mentality on longevity—they aren’t putting a lot of thought into it because if they’re not thrilled with their choice of school, they’ll just transfer. This student is not concerned with finding their niche at your school or becoming invested in any programs.

Higher education, with its emphasis on yield rates, should be focused on attracting students who will not only apply, but actually enroll after acceptance. The baited student has applied to your higher ed institution and possibly even clicked on a content offer or two from your university website before that. But, even when they get in, they won’t enroll because they’re really hoping for an acceptance letter from their first-choice school.

Having a high rate of applicants is a good thing—if your school can balance this out with a proportional enrollment rate. If not, the higher the applicant rate, the more skewed the ratio becomes.

You want to spend the time, money, and effort targeting students who have a future at your school, not just those who seem as if they might. You want those who, provided that they’re a good fit, consider your school to be their first choice rather than a back-up plan.

This student might not be a bad fit for your competitor, but at your school, they will struggle to find their place. Maybe this student’s inclination toward science, math, or a trade will be quelled by your large liberal arts college’s focus on the humanities. They won’t use your institution’s resources to their full potential, and when people ask him/her about their college they’ll remark that the experience has been “so-so”.

Or, more quantifiably, the student’s financial aid needs don’t fit well with the offering that they got from your school. These are areas on which to inform and educate prospective students before they find themselves espoused to your university and in over their heads. Plus, in attracting a “wrong-fit” student, your school might have accidentally excluded a prospective student who is actually a better fit.

As a higher ed marketer, your goal is that every student you draw in finds success at your school. You want them to be always envisioning the graduation finish line but also simultaneously invested in their journey to it.

Using inbound marketing practices to create multiple personas—including negative personas—allows higher ed institutions to anticipate and attract prospective students that are a better fit academically, financially, and culturally while excluding those who do not meet these criteria.

By creating content that appeals to each of these personas in a way that facilitates their different paths towards enrollment, your team is sure to appeal to a broader base of prospective students and increase your pool of applicants. 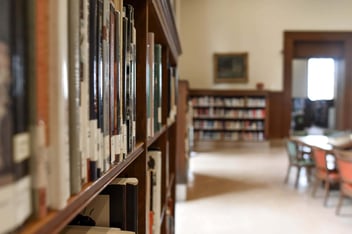 Why You Should Market Your School Through Inbound Marketing

Reaching prospective students can be one of the most challenging aspects of enrollment marketing... 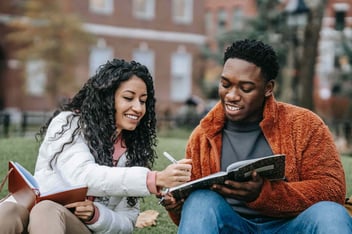 Student personas are an important aspect of your enrollment marketing efforts. In this article,... 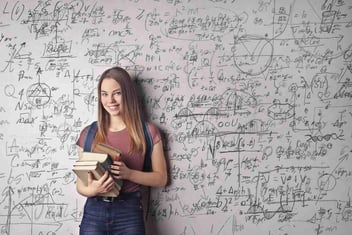 3 Marketing Strategies to Increase Student Enrollment You Might be Missing

In this article, we’ll discuss three marketing strategies to increase student enrollment that you...